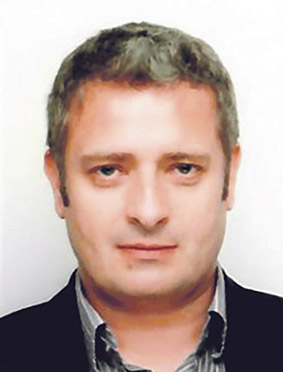 When I first arrived in Finland, I saw women operating snowploughs, driving buses and working on building sites. I had never seen anything like that back in England. Women did women’s jobs and men did men’s jobs. Today, 47% of Finland’s members of parliament are female, compared to 32% in the UK. The elections marked a great achievement for women in Finland and something we can all be proud of. This being said, the evening wasn’t that fair for Finland’s women’s national ice hockey team, or indeed for Riikka Karppinen.

I believe people should be treated equally, but society has always insisted on putting people into boxes. Fortunately, Finland is breaking away from this tradition by blurring sexual identity and becoming a gender-free society. That’s fine, I can live with that, we’re all equal after all in this wonderful winter wonderland we live in. Everyone should be allowed to carry their own sexual identities in the best way they see fit. It doesn’t matter if you’re gay, bisexual, transsexual, or any other sexual – if you’re happy with who you are and who you spend time with, that’s the main thing. There will always be haters.

But there is something I don’t really understand. During our efforts to forget the two genders we have, at the same time, we appear to be introducing a third gender. Nowadays, when I fill out a form, it often asks me to tick a box: male, female or other. Am I the only one who has tried to think what that ‘other’ means? Don’t get me wrong, if you want to be an ‘other’, go ahead and please excuse my ignorance. I’ve asked a few people about this, and I have been told it’s about those whose sex was incorrectly determined at birth, people with abnormal genitals, and people who don’t want to be labelled as male or female. I can understand these reasons, I suppose, but is it really that common that we need to officially establish another gender? Or does this gender-free society mean we will soon all be categorised as this new ‘other’ gender? Can we change our gender when we feel like it? What about if we change our minds, can we go back to our original gender, or do we have to choose one we haven’t tried yet? Was the third gender a man’s idea, a way of throwing in the towel when men noticed they were losing the age-old battle of the sexes?

Breaking out of boxes must feel great, but some boxes cannot be broken and some identities we just have to live with. This was especially true for Emile Ratelband, 69, from the Netherlands who started a legal battle a few months ago to make himself officially 20 years younger than his actual age. When asked for his reasons, he replied that he feels twenty years younger and his doctor had told him he has a body of a 45-year old man. Needless to say, he was unsuccessful.

Expression or non-expression of our identities is a personal, selfish entitlement. The word ‘selfish’ has earned itself a bad reputation, but we can also consider selfish as being the occasional chance for us to be who we want to be, not what others want us to be, an opportunity to live the life we choose.

Only you know what’s best for you, and if you don’t know, one day you will.