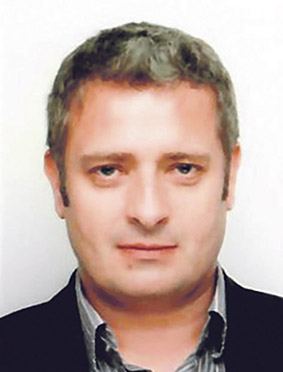 I think we can all agree that 2020 has been a very odd year. Many of us now live differently to how we did before. We see life in a different way and we are thinking about things we didn’t even consider earlier. Here are some things that made me think.

In Lapland, no. I see this as an opportunity for tourism in Lapland. We live in a remote location where extreme social distancing is a normal way of life. I believe there will be increasing numbers of tourists seeking exotic destinations that are not too crowded. With this in mind – if marketed correctly – we should also see more visitors during the quieter seasons. I recently spoke to a retired British couple who had driven to Rovaniemi for their summer holiday. They asked me for some ideas about what to do. Naturally, I suggested meeting Santa Claus, but apparently, they had visited him three times that week! Santa will keep us all alive.

Will eating birthday cakes ever be the same?

Professor of food safety, Paul Dawson organised an experiment involving blowing out candles on a cake and measuring the number of bacteria that were left on the cake. He found that the increase in bacteria on the cake reached a staggering 12,000 percent. In other words, caked in germs. I used to love birthday cakes.

Finally, we learn how to wash our hands. Really? It’s a step in the right direction, but why only now? I stupidly assumed everyone already knew how to wash their hands and how important it is. It took 300,000 years for the human race to learn to wash its hands. Live and learn, I suppose. These concerns about hygiene quickly led to handshakes being abolished. Now we are told to cough and sneeze onto our elbows and do elbow bump greetings instead. Not sure that’s the best way to go. It was the World Health Organization that proposed the elbow bump during the avian flu in 2006. During the COVID-19 pandemic, the same organization said the elbow bump was just too risky. Nevertheless, world leaders are still doing it.

Can we get the coronavirus from mosquitoes?

Experts say that mosquitoes will not spread the virus. However, catching a virus from a mosquito is theoretically possible. I’m not sure I trust experts anymore. I read somewhere that mosquitoes kill more people in one day than sharks kill in a hundred years. Not sure if this study was done in Lapland.

Racism is a problem. Racism has always been a problem. Why are we still dealing with racism? According to the Council of Europe, Finland is the most racist nation in Europe, despite having less immigrants than any other country in western Europe. Most racist, least number of foreigners? Makes sense. Even I have been a victim of racism in Finland, and I’m a white male with a job. I have been accused of stealing your women and your jobs. Please accept my apologies for this despicable thievery.

Is it Arctic or arctic?

When used as an adjective, Arctic can be written as arctic (lowercase) and means extremely cold. As I am writing this, the temperature outside is 25 ℃. I don’t think the word is a good adjective anymore. Sorry for not adding the + before the number, as is traditional in Lapland.

By the way, do you know who buys up all the toilet paper? Arseholes.

Have a wonderful summer!