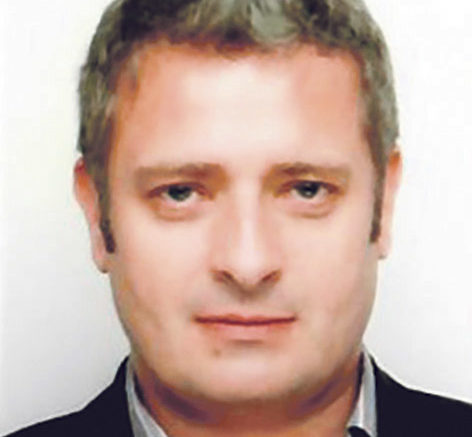 Winter is here again. Even though I’ve lived here for years, winter is still weird and wonderful. Here are some wintery things that I still think are strange.

The first time I saw a house with a window that doesn’t open was in Lapland. Well, you can open them, but first you have to find that spare handle and unlock the numerous window locks. After that, you can open one window at a time, carefully. Then there’s washing the windows. In the UK and many other countries, we have window washers, i.e. people who wash windows for a living. I have never seen a window washer in Finland and I’m not surprised, it’s a ridiculously complicated job and you can’t really do it in the winter.

People complaining about the weather

When it’s winter in Lapland, I am always amused when people moan how cold the weather is. Before I came to Lapland, I knew it was in the Arctic. The word Arctic refers to the part of the Earth north of the Arctic Circle, but in English it’s also an adjective that means FUCKING FREEZING! My dear Laplanders, if you feel cold outside, you are not wearing enough clothes.

The first time I ever saw a car with an engine block heater was in Finland. Now that cars are increasingly electrically powered, it’s pretty cool we already have the infrastructure ready with all these electrical car heating poles. If we had those in the UK, everyone would be stealing your electricity.

The first time I saw winter tyres was in Finland. In the UK, when it snows, people stay at home. The last thing you want to do is drive on snow and ice.

You always have to think about what you leave in the car in winter, because it will freeze.

So many people have their own garage, like me, but I am the only person I know who actually keeps their car in the garage. Why people don’t keep cars in the garage is still a mystery for me.

People here react to snowfall like people react to rainfall in the UK. I just don’t understand how you cannot like snowfall – it’s lovely!

Just about every inside space is warm in Finland. In the UK, most houses are cold in the winter and many old people die every year because their houses are too cold.

These two appliances use loads of electricity. It seems really strange that the weather outside can be much colder than your fridge and freezer, yet we pay to keep food cold inside our warm homes in the winter. Why don’t they make fridges and freezers that can use the cold weather outside to put your electricity bills down?

You can close the chimneys here. You clever Finns! Why don’t they have this in other countries where it’s cold in the winter?

In most other places in the world, if a body of water freezes, you must stay away. Here in Lapland, particularly in the springtime, people use the frozen waterways for recreation even more than they do in the summer.

You can ski for almost half the year here. That’s amazing, yet most people I know hate skiing cross-country. Then there are the people who love skiing, but hate everyone else who isn’t skiing, especially if you walk on the skiing trails.

Everyone always knows what the temperature is outside, every single day. When people talk about temperatures, they always use a plus or minus before the number. Even in the summertime, people here say it’s plus 25 outside.

We have more reindeer than people in Lapland and they roam freely. That’s so cool! Lapland seems to be made of all the things other people around the world only see on Christmas cards.

Let me out of here!

Ever since I moved here there have been problems with negative migration. Young people in particular often want to leave Lapland and live somewhere with bigger towns and larger numbers of people. At first, I thought this was a real pity. Nowadays, I feel that it can be a good thing, as they will soon notice they were actually living in a paradise and one day they might try to move back to Lapland for a better life. There’s a reason why Lapland is so popular with foreigners.

Talk about one extreme to the next. It can be -40 outside and 100 degrees in the sauna, and Laplanders cope just fine. Bathing in the sauna before running outside and rolling around naked in the snow was definitely an experience. Then there’s winter swimming – how on earth did that become popular? I don’t know anyone in the UK who would enjoy having a cold bath. Perhaps I should try swimming in icy water one day, maybe it would help me understand the appeal.

What a fun way of travelling through Lapland. Despite this vehicle being perfect for conditions in Lapland, people will mainly use them for recreation, with some people using them for work. But why don’t people use snowmobiles as just a vehicle, a way to get from one place to the next? Instead, people use their cars to travel around. It’s odd that most people don’t go to work on snowmobiles and park them in snowmobile car parks. Well, perhaps people like to associate snowmobiles with fun, and fun it definitely is!

This may be a weird winter wonderland, but I love everything about it!

Wishing you all a super winter! Stay safe!